Our Memories While Seeing the Moon Landing Anniversary Documentary

I wanted to share our memories after we went to see the moon landing anniversary documentary that was in town. It was playing at the Denver History and Science Museum at the IMAX. And if you find it near you, I can’t recommend it enough (more on that below).

Quote of the day: “Courage is almost a contradiction in terms. It means a strong desire to live taking the form of a readiness to die.” G. K. Chesterton

Would you go up in a space craft to land on the moon?? You’d definitely have to be prepared to die because of the uncertainties. Yet this is exactly what these men did. I have to admit, I wouldn’t be that courageous.

Why We Wore Snakeskin

Being the crazy planner that I am, I thought snakeskin would tie in perfectly with the fun statues at the Denver History and Science Museum. You can see the dinosaur behind us in these photos, and the elephant’s foot below.

In our individual shots, we posed by the wolf statues that are made for climbing around on.

While animal prints have been gaining momentum in these last couple of years, it seems like snakeskin has been even more popular lately. Since all three of us had a variety of items, I wanted to show the versatility of this print.

My mom showcased snakeskin in her accessories including a vintage purse that was handed down from my grandma.

I wore my new snakeskin booties, with shorts no less. I’m one of those people that love getting the deals at the end of the season, yet still want to wear the pieces.

And Nancy styled her snakeskin top that she has worn many times before on the blog. Her example showcased it with bright colors, but the nice thing is she’s shown it with so many other colors too.

My mom remembers that everyone was glued to their television watching every minute of this momentous occasion. In fact, the evening that Apollo landed on the moon, she remembers going out to a bar to watch it. Which means I must have had a sitter…LOL!!

Nancy was home for the summer from college and watched the moon landing with her parents. She remembers it being so very historic and exciting especially because Neil Armstrong went to Purdue which is where both Nancy and Charlotte went to school.

Her favorite memory is that they kept telling people that you couldn’t get a photo of it off the tv with your camera. Of course, Nancy tried to take one anyways, but it came out as just a dark screen. Isn’t that SO interesting?

Rob’s Memories of the Moon Landing

Not to rub it in, but since I was only 3.5 years old when this happened, I have no memories of the event. So I’m including Rob’s memories. Especially because he’s the one enamored with the whole thing, and why we went to this documentary in the first place.

Rob turned 9 on the exact day of the moon landing (his birthday is July 20). He remembers watching it on a fuzzy, black and white tv by himself the next morning (it must have been a replay of it).

And for his birthday cake that year, his mom made him a strawberry shortcake (his favorite cake when he was little) with a rocket ship on top. His mom made the rocket ship out of toilet paper rolls and aluminum foil. Heck, that was way before Pinterest!! LOL!

During this time, 9 year old Robby also wrote a letter to President Nixon to say how proud he was to be an American. Especially that they landed on the moon on his 9th birthday. He even received a return letter from President Nixon’s secretary, Rose Mary Woods which he still has in his collection of memorabilia (or as some call it, stuff).

Our Thoughts on the Moon Landing Anniversary Documentary

I always love seeing the older photos and videos of the times, and this documentary is no exception. It included never seen footage of the launch, the landing and especially the reentry into earth.

It was SO amazing to think of all the moving parts that had to line up perfectly in order for this event to happen. And not only that, but can you imagine the stress on all of the people involved? There were many components we had never even considered. And the three of us talked about it all night after we came out of the show.

It’s one of those Kodak moments where you remember what you were doing at the time. I’d love to hear your memories too!!

Welcome and Join Me

I strive to make my emails an added benefit. One way I try to do this is to have a monthly giveaway for email subscribers only and update you on deals and activities that you might find interesting.  Just add your email address to the box that says email below.

How You Can Help Me

Hi! We are here to prove that it’s never too late to look great. Join myself, Jodie, along with my mom, Charlotte, and good friend, Lesley. We are 3 different decades of women with unique body shapes and style. This isn’t just any website. We want to have fun and be creative with our style.

SUMMER = DRESSES??? If you live in the hot areas,

DO YOU LAYER NECKLACES?? I've been working hard o

WHO WEARS HEADSCARVES?? For #TwinningTuesday with 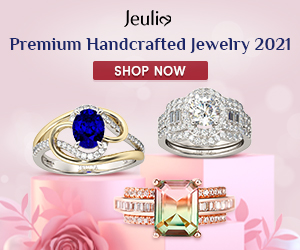 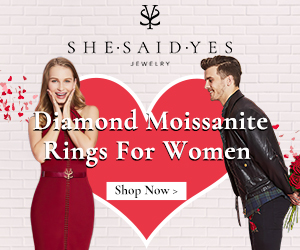